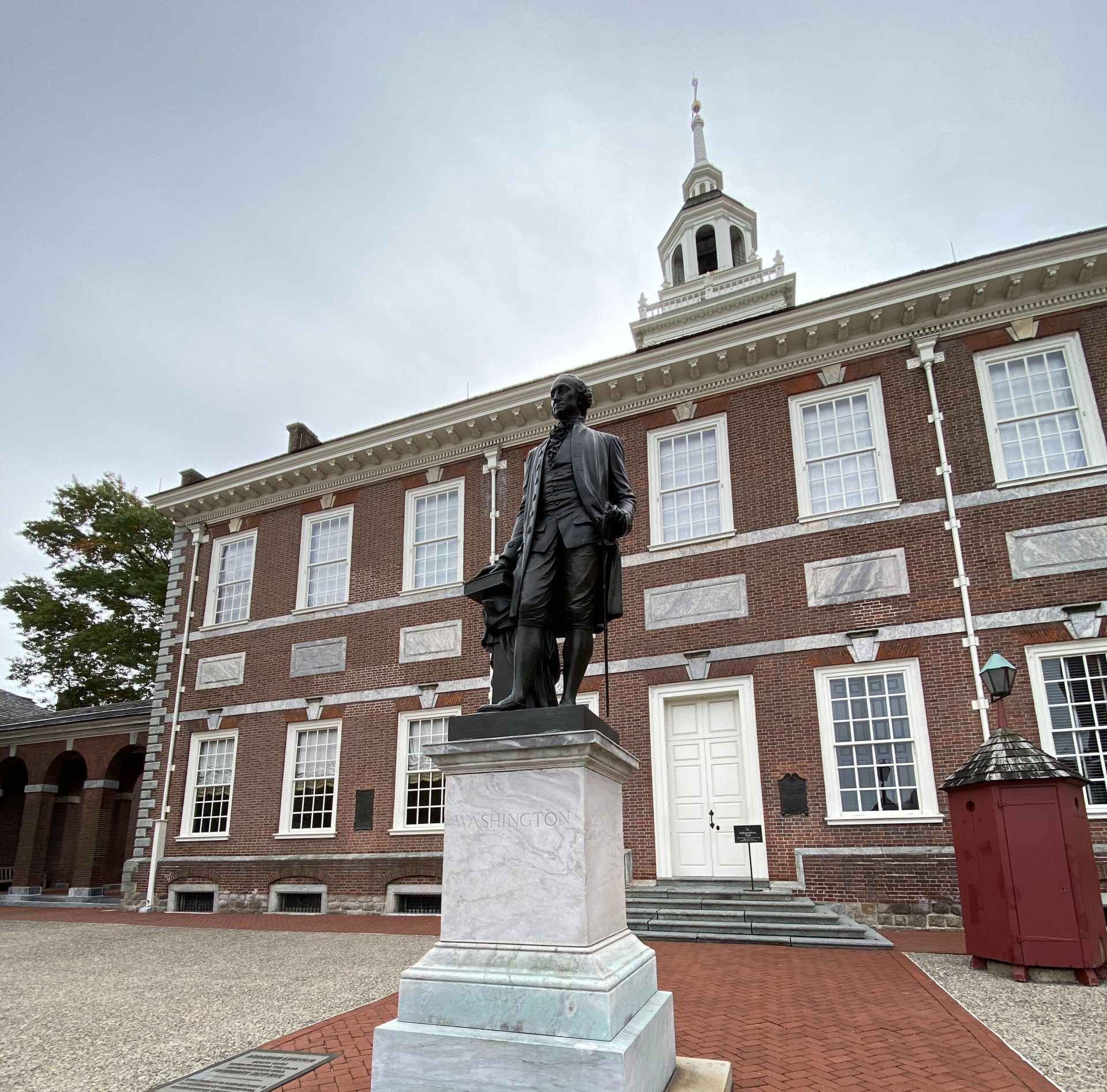 Arriving late Friday night, now is the time to start with a Philadelphia staple: the Philly Cheesesteak. A common way of ordering it is “Whiz wit”, which will get you a cheesesteak with Cheese Whiz and fried onions (“Whiz widout” will hold the onions if that’s your preference). The reason for the shorthand will become apparent when you see the length of the lines, which often extend down the block, and the speed at which the orders are filled. There are dozens of locations to choose from, and talking with any local will start a debate on who is the best. If you’re stuck, start with one of the mainstream three:

Viewing the Liberty Bell does not require any tickets, but expect a line at peak periods in the day. Tours of Independence Hall, where the Declaration of Independence was adopted on July 4, 1776 does require time-based tickets for most of the year. Tickets can be reserved online for the modest fee of $1.00; otherwise they are first-come first-serve each morning.

Simplistic in nature but rich in history, Christ Church is in the Old City neighborhood. Stop by, get all your questions answered by the knowledgeable guides, and sit in the pews of George Washington and Benjamin Franklin.

Elfreth’s Alley and the Riverfront

A walk down Elfreth’s Alley, the oldest continuously used residential street in America, and you’ll feel transported back to colonial times. Follow this to the riverfront, and the Race Street Pier where you’ll see beautiful views of the Ben Franklin Bridge. Continue down the waterfront to explore more of Penn’s Landing.

Museum of the American Revolution

The Museum of the American Revolution is a modern museum opened in 2017. Whether you go in the summer or the winter, the museum is a good opportunity to escape the outside heat or cold for a bit, and navigate through the Ikea of American Revolution History galleries covering four main periods: Becoming Revolutionaries, The Darkest Hour, A Revolutionary War, and A New Nation. The museum is open 10AM – 5PM daily, with extended summer hours of 9:30AM – 6PM.

Zahav is a James Beard award-winning Israeli restaurant created by Michael Solomonov and Steven Cook, two guys who are also behind a number of cookbooks and other restaurants in the Philly area. This is a foodie’s dream, and you’ll want to arrive hungry enough to keep up with all the great choices.

Didn’t make reservations months in advance? See my guide on Zahav – No Reservations, No Problem.

The iconic film Rocky features a memorable scene up the steps of the Philadelphia Museum of Art, easily identifiable by the number of other people recreating the iconic run up and victory salute at the top.

Spending the majority of your time indoors in a small enclosure, with only a craft to keep you busy? I’m not talking about Corporate America, but rather the “separate or solitary confinement at labor” method of reform for criminals that formed the philosophy behind the Easter State Penitentiary. Featuring a wagon wheel design, the penitentiary is now in ruins, but you can tour the halls and sit in the cells. Spooky, yes. Rats, no. Ghosts, maybe.

One of the nation’s oldest public markets, the Reading Terminal Market will surely satisfy any diet, or make you ruin one. For pork lovers, DiNic’s is a must. Be sure to stop by the Tubby Olive, which features several gourmet olive oils and vinegars on tap.

The Philadelphia Magic Garden is best described as a giant 3D mosaic of recycled materials, with both an inside and outside component, created by mosaic mural artist and Philadelphia-native, Isaiah Zagar.

Best viewed at dusk, the One Liberty Observation Deck provides a panoramic view of Philadelphia from the 57th floor.

Abe Fisher is another restaurant owned by the same team behind Zahav. Unwind in the evening to sophisticated interpretations of Jewish-inspired cuisine. A table at Abe Fished is significantly easier to get compared to Zahav. Reservations can be made at https://www.abefisherphilly.com/reservations.html

Technologist, traveller, photographer, with a special affinity to dancing and pizza. Travel has been my greatest teacher and my forever friend. 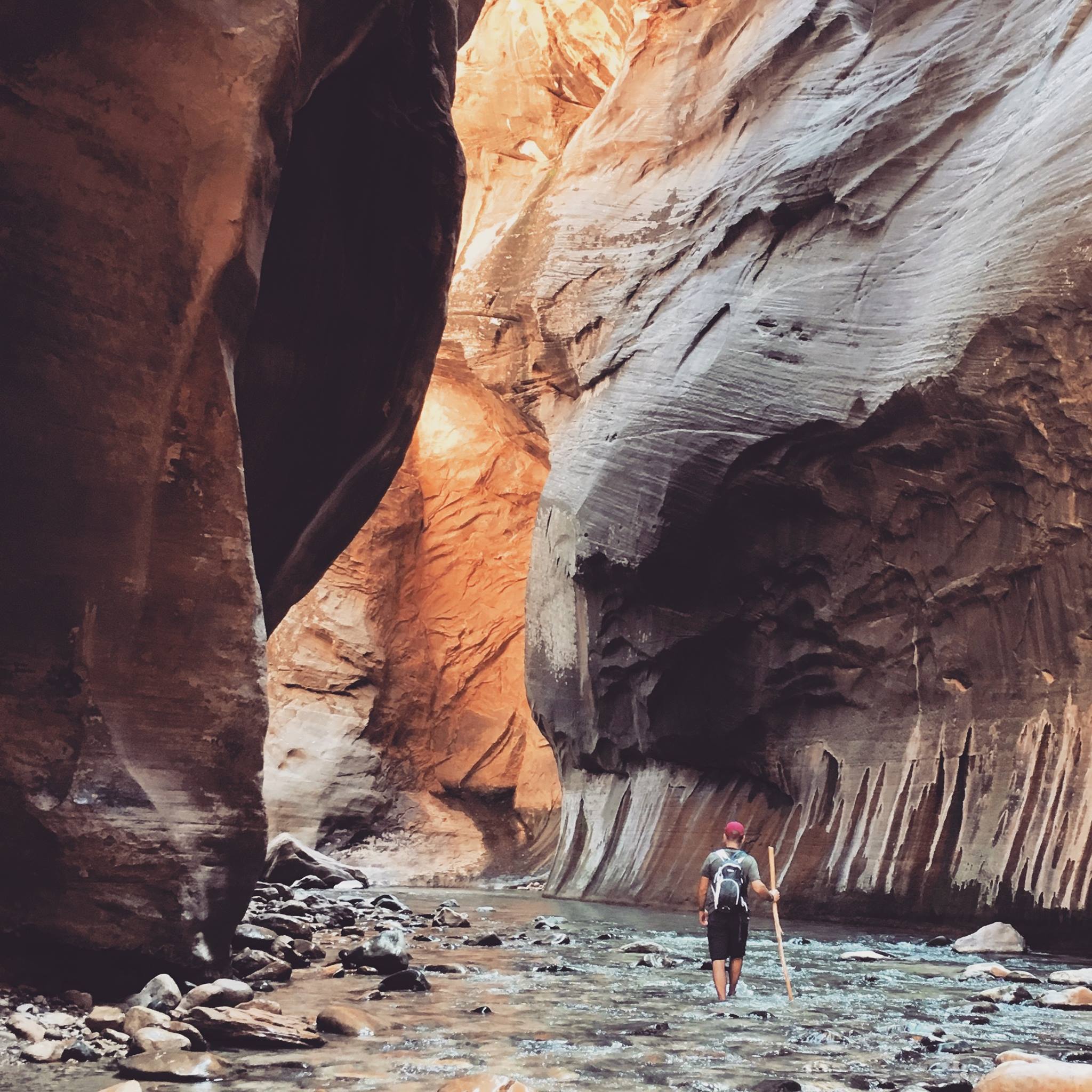 Technologist, traveller, photographer, with a special affinity for dancing and pizza.